The Australian sparkling wine brand Yellowglen, and its offshoots, regularly sell 1.2m cases a year into the domestic market, which makes it a blockbuster wine when considered against the size of the population. Yet, less than a decade ago, the Yellowglen stable of brands were stagnating. How the brand turned itself around is the story of how thinking about the consumer, rather than just about the wine, can be a recipe for success.

Back in the 1970s and 1980s, Yellowglen was a sophisticated drink that was a regular fixture on high-end Australian wine lists. It had been created in 1971, when a Victorian businessman called Ian Home recognised a gap in the market for sparkling wine. Yellowglen, named after a vineyard where gold had been discovered. The brand arrived on the market at A$3.99, at a time when Champagne was selling for A$12.99 a bottle.

Over the following years, the Yellowglen range expanded to include a softer style, the Brut Cremant, and a more prestigious blend from Yellowglen’s vintages, ‘Y’. In 1996 came Yellow, a simpler style aimed at entry level consumers; four years later came Red, a sparkling red wine that quickly became Australia’s number one ‘spurgle’ – the local name for sparkling red. By the turn of the century, the Yellowglen stable had captured about 20% of the sparkling wine market in Australia. But its new brand owners – Foster’s – felt it could work harder. The Millennium had seen an explosion of new sparkling wine brands, and Yellowglen was looking tired.

In 2000, Beringer Blass, Foster’s wine division, approached a Melbourne advertising agency called Badjar, to create a promotion that would not only revitalise the brand, but would ‘own’ the concept of sparkling wine in Australia. The campaign also had to appeal to women. “Sparkling is basically female territory,” says Jenny Nolch, who was then the sparkling brand manager for Beringer Blass. “When we did all our research, we found there were many women 30-40 years with high disposable incomes. They were comfortable in spending money on themselves.”

Pam Kaplan, creative director of Badjar, says they were handed a very simple, naive brief. Their response was equally simple: the Bubbly Girl posters. The Bubbly Girl was basically an attractive, laughing girl, wearing a dress of yellow bubbles, against a purple background. .“The ads had a ‘tickle factor’, with the girls reacting as though the bubbles were tickling their noses,” says Kaplan. “The line we came up with was ‘seriously bubbly’.”

The Bubbly Girl turbocharged the brand: by 2005, Yellowglen was growing at 17% a year, compared to 8% growth in the overall sparkling market. Today, the volume of sales is double what it was in 2000 and shows no signs of slowing, despite hitting 1.2m cases a year within the relatively small Australian domestic market. Anecdotal evidence has it that the campaign was so successful in tapping into the female market and convincing them that sparkling one could be drunk at everyday occasions, that the campaign lifted the overall market for sparkling wines in Australia.

“I know it was successful in changing the market,” says Kaplan, explaining that while she can’t comment on the research, she believes that the Bubbly Girl campaign may have changed the way people saw sparkling wine. “It had always been marketed as a special occasions drink. Rather than saying it was a drink for celebration, we were just showing girls in the 25-35 age group who were happy and having a great time.” Kaplan says the result was that consumers began to widen the occasions on which they would consume bubbly.

A break out campaign

So successful was the Bubbly Girl, that competitors began to copycat the posters. “Suddenly they would put younger women in their campaigns, where they had always used men and upmarket couples previously,” says Kaplan.

More interesting was the consumer reaction. As the Bubbly Girl entered mainstream consciousness, research uncovered that consumers were reading more into the ads than were actually there. In brand tracking, women were shown different Bubbly Girl faces – and often reacted strongly. “Women would say, ‘sorry, I don’t like that one’,” says Kaplan. The research was showing that consumers wanted the Bubbly Girl to be likeable, or someone “who you would like as a friend, who you could trust not to steal your boyfriend. We had some posters where the girls were seen to be too competitive, so we only ran them for a short time.”

The team also developed ‘Bubbly Girl’ competition, run in conjunction with a magazine. “We invited girls to enter photos of themselves, so we could select Bubbly Girls,” says Kaplan. “There was a cash prize and the chance to be the model, with a modelling contract for the winner.” Eventually the competition was closed down, because “most of the girls who want to enter those competitions are around 16 and of course we couldn’t accept anyone under 21,” says Kaplan.

The advertising campaign was not the sole reason for the success of the Yellowglen wines. Foster’s had also commissioned flavour research and discovered that many consumers were put off by sparkling wine’s high acidity. The information was turned over to their in-house flavour technologist, who softened some of the back palate acidity and raised the fruity notes. When Pink, another member of the Yellowglen family, was released in 2003, it had had the benefit of flavour research from the beginning. Other wines in the range were modified over time.

But Nolch says that when it comes to wine marketing, a classic mistake is to focus solely on the wine itself. “The product has to be right and we can’t lose our wine credibility,” she says. “We win medals – but we also look at consumer trends.”

Kaplan agrees, saying part of the reason that the Bubbly Girl made such an impact is that the vast majority of wine advertising is clichéd, with the communication expressing the producer’s view of themselves, rather than trying to connect in any real way with the target market. The key to Yellowglen’s success was the intensive consumer research. Those results are used to ‘amplify cues’, whether it’s making the shape of the bottle more feminine, or focusing the ads on friendship. Nolch says there is another major research project underway that’s studying Australian women and what their preferences and conflicts are. “There’s such richness coming out of the research,” says Nolch. “Australian women are fascinating and love to talk and interact. Now we’re looking at things like how can we use the Internet, how can we personalise the product and how do we tap into individualism. What’s the richest platform to use?”

Although the ad campaign was for Yellowglen, the Bubbly Girl became inextricably linked with the A$14.99 ($10.00) Yellow member of the range. “People assumed that because the Bubbly Girls were so happy, the ad had to be about Yellow, because that is the fun SKU of Yellowglen,” says Kaplan. “We anticipated this could cause a problem, because Yellow is the cheapest in the range and we didn’t want the overall perception of the brand to drop.”

At a time of wine premiumisation, particularly in the sparkling sector, the Yellowglen team was keen to keep the brand image high, so they added another premium wine to the range – Perle, which retails for A$30. “We used Grace Kelly as the visual and ran a more sophisticated campaign,” says Kaplan. “We used a wonderful photo of Grace Kelly with some small bubbles descending from her earring – it was the grown up, sophisticated sister of the Bubbly Girl.”

But this hasn’t stopped the Yellowglen team worrying that Yellow has become so successful, that it will soon be heavily discounted and used as a loss leader. “As soon as you do that, you devalue the whole range,” says Kaplan.

On top of that, the sheer success of the Bubbly Girl brought down an advertising crackdown. “We were told that because the Bubbly Girl personified the brand, we were promising that people would become more bubbly,” says Kaplan. “We couldn’t use bubbles on the dresses at all.” In the end, she said, it didn’t make any difference, because people were so used to seeing the bubbles they thought they were there anyway. “The last campaign we did had girls in outfits that looked like they were underwater. We are still allowed to have bubbles, but not have them directly on the girl.” Altogether, the team has decided it’s time to move on, using the insights of the research now underway. “We’re developing a new campaign,” says Kaplan mysteriously.

Nolch believes that the field for sparkling will continue to grow – and become more competitive, which she relishes. “I think the great opportunity in Australia is for a premium sparkling.” She says the top of the market is still owned by Champagne, and while she expects that to continue, the real market growth will come from elsewhere. “There is a gap in the market in the $15.00 to $20.00 range.”

As for where the marketing will go next, Nolch believes the brand now needs more depth, linking wine credibility with consumer insights and customer communication. “We need to engage consumers in a two way conversation. How do we engage a thought and take it further? Instead of just being a product, what are our values? I think that’s where brands will go next.” And her advice to others seeking to create a memorable brand? She is blunt: “don’t employ wine people.” In marketing, just as in wine, getting it right is a job best left to the professionals.
Felicity Carter

This article appeared in Meininger’s Wine Business International in 2009. 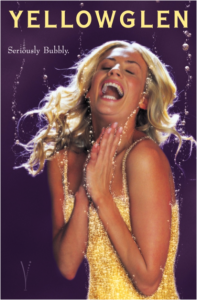