Christine Douglas remembers the day she stood in a kitchen trying to make a cake, surrounded by enthusiastic students all talking about the work they were doing, and asking her questions.

She stood staring at the egg, trying to remember how it was meant to crack.

Douglas is no stranger to work pressure, having had a career as a principal singer with Opera Australia. But what she suffered that day was something quite different. As Douglas describes it: “My synapses just could not fire. No matter how I put a problem to myself or tried and tried again to think something through, it was impossible.”

What Douglas describes is neither stress nor depression. It’s burnout. “It is completely different from sadness and unhappiness, and much more debilitating,” she says.

Burnout, defined as a sense of exhaustion and futility, often affects talented and skilled people after they have been pushed too far, with too few resources. In uncertain economics times, such as this, when the pressure is really on, the chances of burning out are likely to become higher.

But the condition has been studied extensively, and there are ways to lower the risk of burnout, even in the most stressful conditions.

‘Burnout’ is not a clinical term, like depression, nor is it a form of extreme stress. What distinguishes burnout from stress, explains Dr Christina Maslach, professor of psychology at the University of California Berkley and one of the world’s leading researchers into the condition, is that burnout has three distinct stages. “One is exhaustion,” she says, adding that this is the hallmark of any stress response, and which leaves people feeling emotionally and physically drained. But the second component is “a growing cynicism. A growing hostile, negative response to other people on the job – a ‘take this job and shove it’ mentality.”

At this point, productivity plummets, because people shift from doing their best to doing the minimum possible. Finally, burnout has set in when the person begins to have a negative sense of themselves and their abilities. “It’s professional inefficacy that really characterises the burnout syndrome,” says Dr Maslach. “It’s a response to chronic stressors. While it’s different from depression, it can be a precursor to a full blown bout of depression.”

Douglas can certainly relate to the symptoms. At the end of her singing career, she switched to directing, and accepted the role of artistic director of a small arts group, Pacific Opera. The owner of the company went overseas, leaving her to organise a major international tour, with neither the money nor the administrative help to do so. “My inability to articulate the types of support I needed, especially in administration, combined with my innate sense of responsibility, made me bury myself under a mountain of scheduling, planning and marketing,” she says. “But I had no understanding of those things.”

Worse, the tour was cancelled at the last minute, leaving Douglas in a position where she had to tell 25 young singers that their big career opportunity had collapsed. The result? Ongoing physical stiffness and a sense of heaviness, plus a “rolling nausea which went on for a couple of years whenever I tried to tackle complicated scheduling, my bete noire. In the end that feeling was with me 24/7.”

Douglas did the only thing possible. She walked away.

Professor Ayala Malach-Pines, professor and chair of business administration of Ben-Gurion University, Israel, has heard just about every variation possible on the story. Having extensively studied the condition, she says burnout is the process by which “highly motivated, highly committed individuals lose their spirit”.

The major way to prevent burnout, she says, is to feel that what you are doing is significant. She recalls a period in Israel when “we had a horrible period of the Palestinian uprising with weekly terrorist attacks and suicide bombers causing havoc,” she says. “There were people killed and people injured and the police were stressed to the limit.” Yet although the police reported very high levels of stress, their burnout was low. “They felt significant, because they were protecting the country. People treated them as heroes, and that is the best protection against burnout.” And Israeli settlers, who are targets for violence because they live in the occupied territories, report the lowest levels of burnout. “These are people who tend to be religious and believe that they are protecting the land given by God to the Jews.” If, on the other hand, you feel like you are “giving everything you have and still you make no difference, or there is no appreciation for the work that you do, that your feelings will be of extreme burnout.”

Malach-Pines says she often sees people who are burnt out because they have chosen a career path that might offer prestige or a high salary, but which they don’t really care about. She gives the example of people who work in insurance. “For some reason, all the insurance companies in Israel invited me to train their chief executive officers,” she says. “I discovered that insurance officers came in two variations.”

The first is the person who had personally experienced a traumatic event, such as a catastrophic house fire. Such people not only believe in the value of insurance, they can be positively evangelical about it. “These people entered the insurance profession really caring, and they themselves are insured to the hilt,” she says. “The other group are young people who have finished the army and they don’t have a clue what to do next. They go into insurance, they make a lot of money and they are totally and utterly burned out.”

Not everyone can do work they love and find significant, of course. In this case, Maslach suggests finding a higher purpose in the work, such as doing it to take care of your own family. But more importantly, both researchers say maintaining a balanced life that involves both physical activity and social and family contact is crucial.

There are some situations where burnout is all but guaranteed, thanks to a poisonous combination of high demands and low support. Douglas’s situation with Pacific Opera is an example, because she was being asked to use unfamiliar skills, while being denied financial and administrative backup. “Often, the problem is something that everybody shares,” says Malach-Pines, suggesting in those situations that it’s time to call in organisational consultants to figure out if there are better ways to do things. Fixing the problem is important, because a bad environment can lead to burned out colleagues and managers, who can be toxic to work with.

“In highly demanding occupations, it’s quite common for people to burn out and be promoted to manager,” says Malach-Pines. “The danger is that this kind of person feels they really know the occupation.” So when an enthusiastic employee approaches them with a good idea, or thoughts on a project, the burned-out manager is likely to kill it dead, saying: “Oh listen, I did that for ten years and nothing you suggest will work’.” In this case, it’s important to realise that the cynicism is coming from someone who may once have been highly motivated and talented themselves. In other words, use them as an awful warning, rather than be discouraged by them.

But what happens if you find that you’re the one that’s burned out? That you’re cynical, overwhelmed and doubting of your own capabilities? One strategy is simply to exit the job, though you risk taking your burnout with you. Malach-Pines suggests another strategy is to make changes within your job. “Figure out what you love most about the job and do less of what you don’t like. Part of that is negotiating with colleagues and saying you’d be willing to take on more of x and less of y.”

The most paradoxical suggestion, but one that both researchers strongly recommend, is to immerse yourself in professional development. “Continue developing in your profession,” says Malach-Pines. Don’t sit on your laurels. The minute learning development stops, burnout starts.”

Even in the worst cases, burnout isn’t forever, if you can remember why you wanted something in the first place. A long time after Douglas left Pacific Opera, she couldn’t discuss it or even think about it. So she was less than receptive when the company’s new owner rang her and asked her to take back her old role of artistic director. “I kept saying no, but eventually I gave in because I loved the idea of it, but not the grinding workload. I relied on her promise to finance it.”

Under Douglas’s care, Pacific Opera has grown into a well-known and critically acclaimed arts company that has launched a number of promising careers. Douglas says she gets a lot of satisfaction from seeing other people become enfranchised. Although she remains first and foremost an artistic director, she has also learnt to embrace the old management demons. “Growing a good management structure has turned out to be a really creative act,” she says. “I have learnt an enormous amount about managing individuals, including myself.” 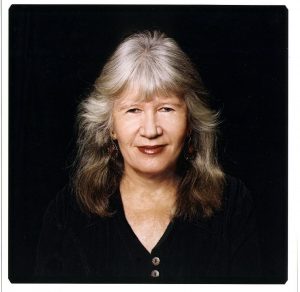 The path to burnout

According to Dr Maslach, there are six ways in which a mismatch between a person and their environment can lead to burnout. She says they are:

This article first appeared in Fast Thinking magazine, in 2008.